Pizza....mmm. Have I ever told you just how much I love pizza? SO MUCH. I worked at a pizza place for 2 years of high school and everyone said I would get sick of pizza. I ate it at least 4 days a week. Did I ever get sick of it? Nope. Never. Yet my body doesn't like dairy, so I needed a new version to love. Thus my vegan pizza recipe. Easy, delicious and everything I love about pizza without the dairy.

My family has Friday night pizza every week and while this tradition started with takeout, it's turned into a foodie lovers event. My son is turning into quite the chef, so we now enjoy pizza night as a creative avenue for making new recipes.

Making pizza at home isn't just about economizing, you can literally make whatever pizza you want by customizing the toppings to fit your personal taste, style, or nutritional needs. Friday Night Pizza Night is quickly becoming one of my family's favorite nights— and this recipe is what my family and I looooove.

Feel free to make your own pizza dough, or buy your fav pre-made version. If I want a classic pizza dough, I like getting one from Publix or Trader Joe's. Costco has several gluten-free versions. I've also created a gluten free, dairy free crust (that I gotta admit is pretty amazing) if you wanna try it.

How To Make a Tasty Vegan Dish

Let's talk about the different components of this vegan pizza recipe, starting with the crust.

You can use whichever type of pizza crust you like best. For this recipe, I'm using a classic pizza dough that is made with nothing more than flour, yeast, water, olive oil, and a little salt.

Most stores now carry ready-made pizza dough balls (which I often use), but you can make your own too. If you're gluten-free or grain-free, feel free to use a substitute crust. My quinoa crust is fantastic and holds up well under a heap of toppings.

Can Pizza be Healthy?

Pizza sometimes gets a bad rep as "junk food" but it's really not too bad, especially if you load it up with veggies. It's a well-rounded (get it?!) meal. All puns aside, loading up this vegan pizza recipe with thinly sliced veggies is a great way to enjoy them. I am going with a pizza parlor classic combo of mushrooms, bell pepper, olives, onion, and tomatoes. Add vegetarian sausage or other toppings you like for a custom combo.

Dairy can be hard for our bodies to process. With this upgraded vegan pizza layered with so many veggies and yummy things, you'll never miss the cheese. But I do like sprinkling my slices with a bit of Vegan Cheeze Sprinkle from my Simple Green Meals book. It adds that hit of cheesy flavor without the dairy. Woot! We like to sprinkle it on the pizza after it comes out of the hot oven.

The key to amazing pizza is using an extremely hot oven. This allows a traditional dough to rise quickly and brown on top and bottom while remaining chewy. The high heat also flash cooks the veggies and gives them a delicious caramelized flavor.

While we're on the subject of toppings, making sure to cut or slice the toppings for "even cooking". No one likes biting into a slice of a vegan pizza with half or overcooked toppings — at least I don't. For this recipe, you may need to pre-cook some toppings, like onions, or just cut them into thinner slices.

Season every component of the pizza. The crust should have enough salt in it, or you could add herbs if you're making it from scratch. The sauce should also be flavorful and delicious on its own. Season the veggies or toss them with an herb mixture and olive oil. The building of flavors is what yields the best vegan pizza ever.

The final tip I have is to garnish your vegan pizza recipe with fresh herbs. They add an extra fresh flavor component and they look pretty too!

What can I put on pizza instead of cheese?

So many things! If you aren't down to trying a vegan cheese, then buy or make a deliciously flavored sauce and load that pizza up with veggies. I like to flavor my crust as well to add to the overall taste. My vegan cheeze sprinkle recipe adds a cheesy flavor while still keeping it vegan.

What vegan cheese is best on pizza?

Obviously your preference matters here! I like Trader Joe's cashew mozzarella. Miyoko's also makes a delicious vegan mozzarella. I like a vegan cheese that melts and spreads which both of these do.

Yes! Yet if you are buying your pizza crust instead of making it yourself, definitely check out the ingredient list.

5 from 4 votes
Rate this Recipe Print Recipe
Bake up a Vegan Pizza Recipe for your next pizza party or Friday night. Loaded with the best pizza toppings and tons of flavor, it's sure to become a family favorite.
Total Time35 minutes
Servings3

If you love pizza night yet need something without the meat then I've got some great healthier pizza recipes for you! 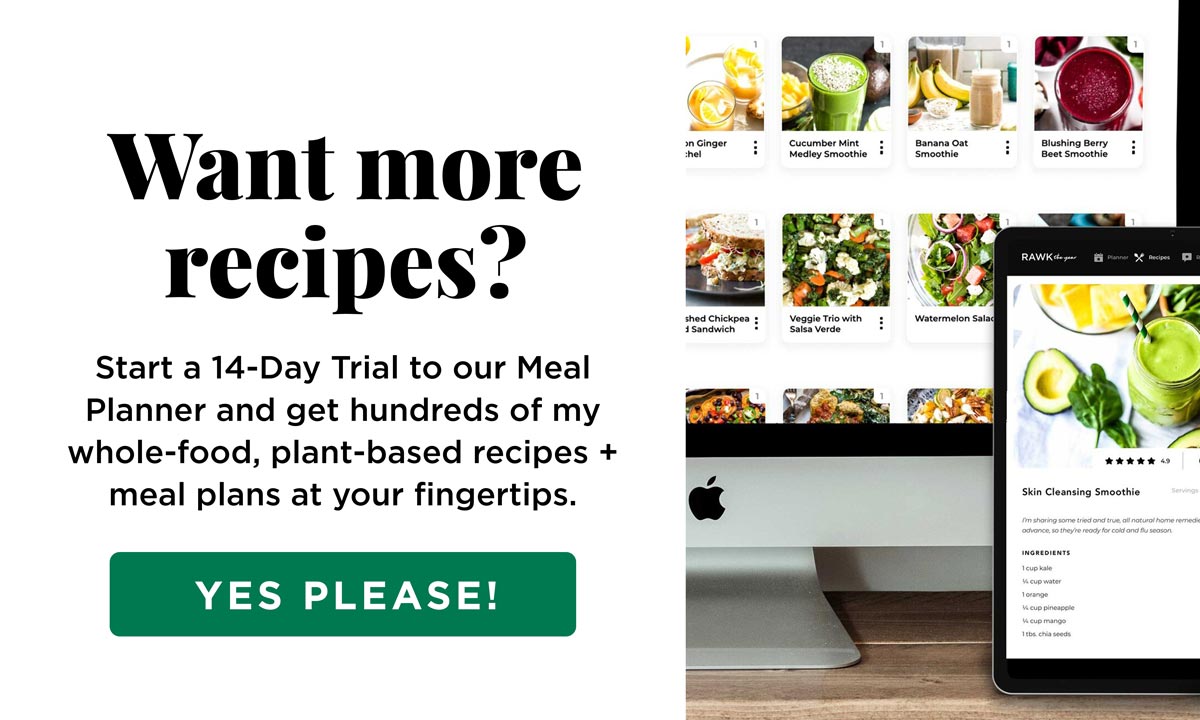